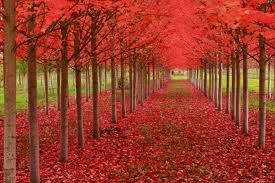 Miss Marple investigates the downfall of an optimistic young couple who ignored the warnings of a gypsy and built a dream home on allegedly cursed land.

19 Mar. 2012 A Pocket Full of Rye
A detestable businessman is murdered while at work, and a handful of rye is found in his pockets. Soon after, members of his household fall victim to a killer intent on recreating scenes from a popular nursery rhyme.

20 Mar. 2012 Murder Is Easy
A village is plagued by a spate of seemingly accidental deaths, but Miss Marple is convinced a more sinister hand is involved when a villager on her way to Scotland Yard is conveniently dispatched.

They Do It with Mirrors S4, Ep3

22 Mar. 2012 They Do It with Mirrors
A reformatory for delinquent boys run by Miss Marple's philanthropic friend becomes the scene of arson and poisoning, and ultimately murder.

28 Mar. 2012 The Pale Horse
Miss Marple's priest friend is battered to death after visiting a dying woman. Seeking justice, she becomes entangled in an organization centered around an inn run by purported witches.

The Secret of Chimneys S5, Ep2

27 Mar. 2012 The Secret of Chimneys
An attempt to bring a famed stately home back to its former glory is marred when a visiting Austrian diplomat is shot to death decades after the disappearance of a priceless diamond.

26 Mar. 2012 The Blue Geranium
A superstitious woman dies of apparent fright after her fate is foretold by a medium, but Miss Marple is convinced of foul play.

The Mirror Crack'd from Side to Side S5, Ep4

29 Mar. 2012 The Mirror Crack'd from Side to Side
A troubled Hollywood star and her husband move to St. Mary Mead, but their arrival becomes clouded in tragedy when a fan is fatally poisoned during a garden fête.

7 Dec. 2014 A Caribbean Mystery
Miss Marple is drawn into a case of intrigue and black magic when a major who bragged of owning a photo of a murderer dies under mysterious circumstances.

14 Dec. 2014 Greenshaw's Folly
Miss Marple aids a young mother and son by spiriting them away to the estate of an eccentric botanist, not knowing that it will soon become the scene of murder.

21 Dec. 2014 Endless Night
Miss Marple investigates the downfall of an optimistic young couple who ignored the warnings of a gypsy and built a dream home on allegedly cursed land.