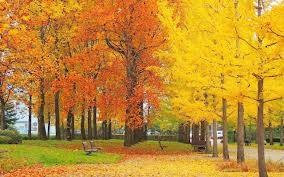 As WW2 rages around the world, DCS*1 Foyle fights his own war on the home-front as he investigates crimes on the south coast of England.
Later series sees the retired detective working as an MI5 agent operating in the aftermath of the war.

It is 1940 and Britain stands almost alone against the might of Nazi Germany across the continent. The terrors of nightly bombing raids are only matched by the fear and hysteria of the population at the prospect of the seemingly inevitable German invasion. It is in this environment that Detective Chief Superintendent Christopher Foyle, of the Hastings Police on the south coast of England, works. Denied a transfer to the war effort, Foyle is nonetheless forced to confront the darkest acts of humanity on a daily basis. With his official driver, Sam, and his subordinate, Paul Milner, Foyle investigates murders, looting and theft, crimes of opportunism, crimes of war, crimes of passion and crimes of greed, because crime isn't stopped because of warfare. Written by Scott

After Foyle is a guest at a friend's home at a dinner for an important American diplomat, a suicide victim and German agent both are discovered near the house.

Sam volunteers to go undercover to discover how rationed gasoline is being stolen from a fuel depot, and Andrew becomes a suspect in a murder case.

When a British food corporation signs a secret agreement with the Nazis to provide essential food services to the enemy during wartime, murders result.

Foyle's investigation of the death of a young black marketeer and stolen food is interrupted by his suspension on charges of sedition.