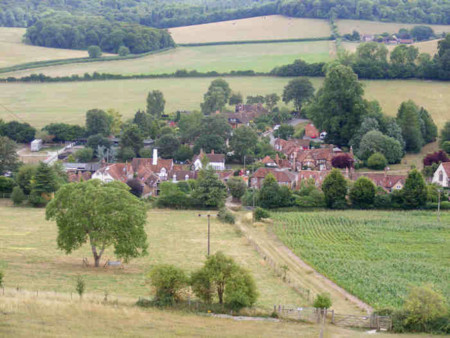 Foyle is drawn into the world of corrupt Nazi businessmen when a University
Professor is found brutally murdered in a London park.

1946- Whilst working for MI5 Foyle investigates the murder of a professor,
William Knowles, who had been a translator at the Nuremberg war trials.
In his pocket is the address of American oil tycoon Clayton Del Mar but Del
Mar denies knowing the dead man. Foyle learns not only that Del Mar was
recently visited by a high ranking Russian but that Knowles had photographs
of German businessmen anxious to trade with Russia for its oil. He travels
to Nuremberg but finds another corpse, a former Nazi factory owner who had
dealings with Knowles. Meanwhile Sam goes undercover as companion to Del
Mar's dying father, a Nazi sympathizer, but puts herself in danger as Foyle
discovers evidence of shady dealings by Del Mar dating from the middle of
the war.

Foyle investigates the death of Professor William Knowles who is found in a
park stabbed in the back. MI-5's interest results from finding the address
of Clayton Del Mar, the head of a major American oil company, in the dead
man's pocket. Del Mar is knowledgeable about Middle Eastern affairs and may
be key to protecting British oil interests in Iran. Foyle is convinced that
Del Mar is lying when he says he's never met Knowles and reluctantly agrees
to let Sam go to work in the Del Mar household as a companion and reader to
Clayton's invalid father, Andrew. Sam is keen on the assignment as she
realizes motherhood will mean leaving the workforce. Her husband Adam is
dead set against her working but finds himself helping a constituent who had
been demoted and her job taken over by a returning soldier. As for the Del
Mar's, they are clearly trying to hide something from their past.