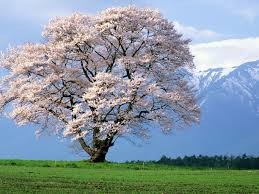 When a petty criminal absconds from an open prison, it sets off a chain
reaction of troubling events, threatening to expose unspeakable horrors
of the past.

Storyline
The body of ex-Fleet Street reporter Eric Patterson is found by a rail-
way track. He was last seen arguing with Alderman Wintergreen over the
Landesman construction company's plans to develop the site of former
borstal Blenheim Vale.

At the same time ten year old Tommy Cork runs away from his bullying
father and George Aldridge, a former Blenheim Valley boy, absconds from
jail and is later found dead, Morse believing that Tommy saw the killer
and is now hiding.

Then Wintergreen is also murdered. Eventually Morse learns that three
of George's contemporaries at Blenheim Vale were trying to contact him.

They tell Morse that there was sexual abuse of the boys when Wintergreen
and Landesman were on its governing board but police declined to step in.

At the same time ACC Deare confides in Thursday and Morse that he believes
there is a cover up involving police corruption and asks them to investi-
gate covertly. Aware that Tommy must have seen at least one of the murders
Morse has to save both ...

While recuperating in a wooden shack in a forest, Morse is drawn into
the complex lives of the rich people across the lake.


Storyline
Morse is exonerated but still under suspension and goes to stay with his
friend Tony Donn, meeting glamorous tennis player Elva Piper.

Elva takes him to a party given by Joss Bixby, a reclusive millionaire who
seems only too familiar with the wife of Bruce Belborough, another of
Morse's friends.

Meanwhile Thursday investigates the killing of bus conductress Jeannie
Hearne, who vanished after a visit to a funfair and seeks Morse's help but
in vain.

However when Bixby is also murdered there appears to be a connexion with
Jeannie and Thursday allows Morse to do a little sleuthing of his own.

Together they discover a drug smuggling operation, a scenario redolent of
'The Great Gatsby', and a fairground magician, paving the way to solving
the murders. Written by don @ minifie-1