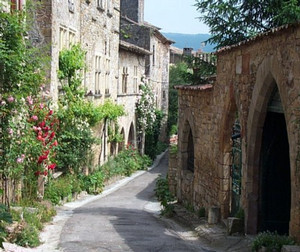 Originally "substance of the Trinity;" the general sense of "basic element of anything" is first recorded in English 1650s, though this is the underlying notion of the first English use of essential. Meaning "ingredient which gives something its particular character" is from c. 1600, especially of distilled oils from plants (1650s), hence "fragrance, perfume" (17c.). In 19c. U.S., essence-peddler could mean "medical salesman" and "skunk."


late 14c., "reality," from Old French existence, from Medieval Latin existentia/exsistentia, from existentem/exsistentem (nominative existens/exsistens) "existent," present participle of Latin existere/exsistere "stand forth, come out, emerge; appear, be visible, come to light; arise, be produced; turn into," and, as a secondary meaning, "exist, be;" from ex- "forth" (see ex-) + sistere "cause to stand" (see assist).
non-existence (n.) Look up non-existence at Dictionary.com

direction to printer to disregard correction made to text, 1755,
from Latin stet "let it stand,"
third person singular present subjunctive of stare "to stand, stand upright, be stiff,"