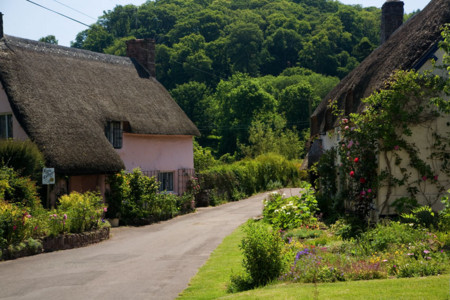 Plot Summary
Showing all 3 plot summaries
Still mourning the untimely death of his wife, Bella, Hastings is summoned to Styles Court
in Styles St. Mary by his old friend Poirot.
It is the country manor where, thirty years previously, he and Poirot had first met in England
and where they had also solved their first murder mystery together.
Now, Styles has changed hands and is being run as a modest post-war guest house,
and it is here that Hastings makes a gut-wrenching discovery:
Poirot's health has taken a turn for the worse.

The Belgian detective is now old, gaunt, arthritic, and confined to a wheelchair
as he battles a weak heart. But his little gray cells are as active as ever,
which is why Poirot has called him to Styles in the first place

He asks Hastings to be his eyes and ears about the place,
for Poirot does not know who is likely to be the killer's next victim.
Being as observant and vigilant as possible, Hastings takes stock of his fellow company,
which includes Styles' elderly owners Daisy and Colonel Toby Luttrell,
melancholy spinster Elizabeth Cole,
charming aristocrat Sir William Boyd Carrington,
perceptive birdwatcher Stephen Norton,
dashing womanizer Major Allerton,
introverted chemist Dr John Franklin and his unpleasant wife Barbara,
Mrs Franklin's caretaker Nurse Craven,
and, most significantly, his fiercely independent daughter Judith,
currently working as Dr Franklin's laboratory assistant.

Any one of these people could be a killer, but Hastings is at a loss as to
exactly who, especially since he seems more interested in reconnecting with
his estranged daughter and protecting her from indecent cads like Allerton.
But soon, the murderer's presence becomes apparent:
first, Colonel Luttrell nearly kills his wife in a supposed shooting accident,
and then Barbara Franklin dies after ingesting a toxic alkaloid
that her husband has been researching.
Just when a solution seems in sight, Norton is found dead from a gunshot wound.

Who is behind these cold-blooded acts, and for what reason?
How much has Poirot been withholding from Hastings,
and were any of these events truly preventable?
What has Judith been hiding from her father,
and can the two be reconciled despite their differences?
What role does Shakespeare play in the proceedings?
And, finally, can Poirot solve his final case in spite of his deteriorating health,
or will the curtain come down on him before he can bring a ruthless killer to justice?

Captain Hastings - accompanied by his adult daughter Judith - reunites
with his old friend Hercules Poirot at the site of their very first case together, Styles Court.
It's no longer a private house but a country guest house operated by Daisy and her husband Colonel Toby Lutrell.
Poirot is not well however.
He no longer has the use of his legs and is wheelchair-bound.
Poirot has asked his friend to join him because he is certain
there is a killer among the residents and needs him to be his eyes and ears.
As some of the guests begin to die there are, as always, several suspects.
The killer proves to be a master manipulator who gets others to do the actual murders.

An ailing Poirot returns to Styles with Hastings nearly three decades
after solving their first mystery there in order to
prevent a serial killer from claiming more victims.