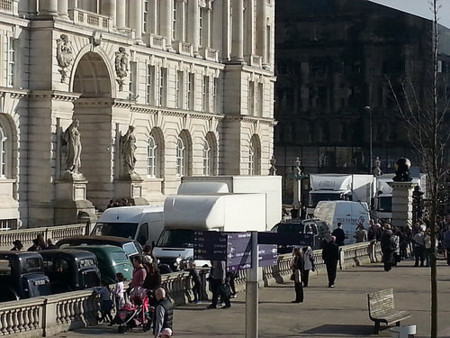 When a British food corporation signs a secret agreement with the Nazis
to provide essential food services to the enemy during wartime, murders result.
October 1940: A young secretary falls to her death out the window of her office.
Foyle plays referee to the Home Guard's war games, but there's live ammunition and
one of the Home guard ends up dead.
The local children collecting paper and metal for the war effort prove instrumental in solving the case.

Season 2 Episode 3
Foyle investigates what he believes to be a burglary at the headquarters of a multi-
national company, and the murder of a Home Guard member during a large-scale exercise
on the Sussex Downs soon leads him to believe the firm are conducting covert business
with the Nazis - and that his former police sergeant may be involved.
Second World War crime drama, starring Michael Kitchen and Anthony Howell